The Ethics of Vendor Inaction

The Ethics of Vendor Inaction 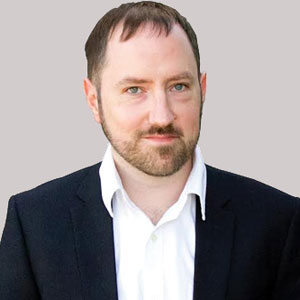 When Chris Roberts took the controversial action of accessing sensitive flight systems aboard a live United Airlines flight in May of 2015, he claimed that it was after years of inaction from the airline. Roberts reported that he had been in contact with them as early as 2010, with little movement on their end. While the risk of his actions were much too high to justify, it is easy to imagine the frustration a dedicated security researcher would feel after years of rebuttal. Indeed, I cannot imagine a more important area of vulnerability research than airlines, which carry thousands of passengers each day.

This case is the prime example of the uncomfortable grey area that often arises with responsible vulnerability disclosure. Supporters of responsible disclosure suggest time frames ranging from weeks to months to a public disclosure resulting from the inaction of a vendor. Vendor inaction is most definitely an ethical pressure and central to this ongoing discussion: it is one of the reasons the concept of responsible disclosure exists. A security researcher has a moral responsibility to inform the public of a vulnerability if the vendor chooses to ignore a disclosure through incompetence or sheer will. In theory, this makes logical and moral sense. In practice, these guidelines have rough edges even after two decades of disclosing bugs.

In practice, public disclosures resulting from vendor inaction get results. Again, United Airlines provides us with some great examples here. Not long after the Chris Roberts story broke, the airline put into practice a bug bounty program. While the program only covered the mobile app and public website, the timing of its launch was telling. Not soon after the program was launched, the airline awarded one million airline miles to a researcher who discovered a serious vulnerability that might have resulted in remote code execution. Strangely, after that, the airline’s bug bounty program seems to have gone off the rails. A researcher detailed an interaction with United this past November, where he discovered an information disclosure vulnerability that might have allowed for leakage of sensitive information for any rewards member. It went unpatched by the airline for six months, until the threat of public disclosure seemed to have pushed it to the top of the list. The bug was then quickly addressed.

The aforementioned rough edges of responsible disclosure continue to show themselves. The December incident between Facebook and SynAck researcher Wesley Wineberg serves as a great example. There were good intentions on both sides. Facebook is highly respected in the security community with an established bug bounty program. Wineberg is a respected security researcher with some well-known vulnerability discoveries under his belt. The two came to blows when Facebook felt Wineberg overstepped with some of the vulnerability research he was doing against the Instagram service. Wineberg felt that Facebook did not adequately define the boundaries of its program. The security community was largely split on who it sided with in this case.

These interactions show that there is still a large trust chasm between vendors and security researchers. To move forward in this discussion, our time will be best spent trying to build that trust relationship. One model that I think has great promise is that of the bug bounty broker. The broker sits in between the vendor and the security researcher, facilitating the inception and management of the bug bounty program. Vendors can engage with the broker if they have a product that they would like to be analyzed from a security point of view. The broker often helps the vendor develop a bounty program that best fits its needs, offering guidance around disclosure guidelines and program scope. Security researchers can engage with the broker to offer their services and be rewarded for their work. The broker acts as a trusted third party and mediator.

Bug bounty brokers have a role that isn’t often heralded: encouraging ethical behavior in the vulnerability disclosure process. They are in an ideal position to drive the responsible disclosure discussion forward. Keeping in mind that ethical behavior should be adhered to by both sides, the vendor and the security researcher, I took a cursory look at two leaders in this field, HackerOne and Bugcrowd. HackerOne clearly addresses the response teams of vendors in their vulnerability disclosure guidelines. Bugcrowd only addresses security researchers in its code of conduct.

Vendors can and do act unethically, even if that act is simple inaction. The responsible disclosure process is best served through ongoing collaboration between the vendor and researcher. Anything we can do to facilitate that collaboration, to build that bridge of trust, strengthens our industry. Step one is finding ways to encourage both sides to engage with each other.

ITEGRATIONS: The Integration and Migration Expert

HostBridge Technology: Bridging the Gap between Existing and Emerging Technology

Unlocking the Value of Connected Cars

Comprehensible Distribution of Training and Information...

The Current Focus is On Comprehensive Solutions

Big Data Analytics and Its Impact on the Supply Chain

Carmax, the Automobile Business with IT at the Core

The CIO's role in rethinking the scope of EPM for...

Transformative Impact On The IT Landscape

Get Ready for an IT Renaissance: Brought to You by Big...

Technology to Leverage and Enable

Speed is the Name of the Game

What It Truly Means For IT Security To Bea Business Enabler

Policy is a Key Solution to Stopping Packaging Waste

Congestion-Driven Basis Risk, A Challenge for the Development of...

However, if you would like to share the information in this article, you may use the link below: